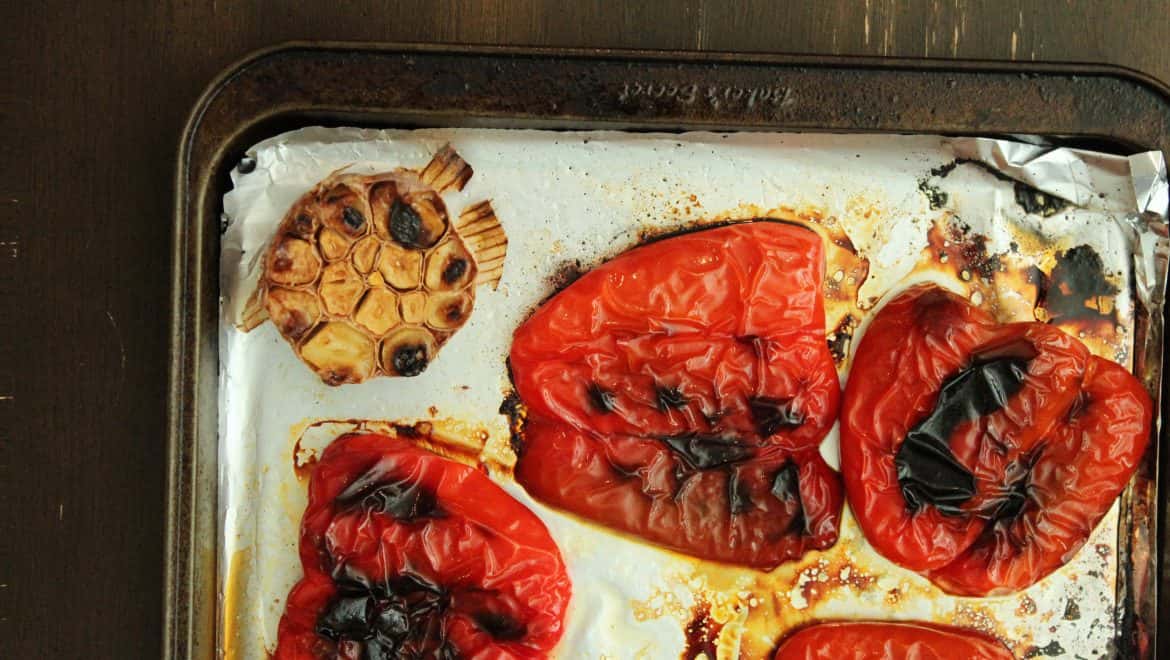 At Grown Under Glass, there is nothing that we love more than being able to share our favourite recipes, including this one for roasted red peppers, with our customers. My entire life I have never heard anyone say “my favourite fruit is a bell pepper!” Why is that? Probably because when people think “fruit” the first that come to mind are Apples, Oranges, Bananas, and Berries! So, whenever I was asked “What do your parents do?” The facial responses when I said “they are Bell Pepper farmers” was always one of surprise and interest. As a child, I never understood why. Bell Peppers were my life. I ate, talked, and smelled of bell peppers. Now that I am a bit older, I understand the unique situation I was brought up in. I have memorized a lot of facts about Bell Peppers, so I was ready when the interest sparked on the faces of strangers who asked about my parents. But Peppers aren’t as uncommon a fruit as you may think. According to Agriculture Canada 134, 638 metric tonnes of Bell Peppers were grown in Canadian Greenhouses in 2015.

I still live very close to the family farm, and therefore consume more Bell Peppers than the average person. When my parents asked me to create recipes using them, the task was not difficult. Greenhouse Bell Peppers can be used in a large variety of ways because they can be eaten raw or cooked. But my favourite way, and therefore the first recipe I wanted to blog, is roasted.

There are a few different methods to roasting bell Peppers. If you have a gas stove top, you could simply char it on the open flame, turning repetitively until all the skin is black. You could barbecue the red bell Peppers until you achieve the same results.

My recipe is slower, but it is the safest option for when you have small children running about, wanting to stick their hands in everything!

First, preheat the oven to the “roast” setting (if available, if not the regular setting would work fine) at 425 degrees F. While it is heating up, wash the bell Peppers in cold water. Cut them in half, removing the seeds and stem. Line a baking sheet with aluminum foil and drizzle a bit of Olive Oil on it. Using your hands, rub each red bell Pepper half in the Olive Oil and sprinkle with Salt and Pepper on each side. Lay the Pepper Halves skin side down on the aluminum foil.

Immediately after removing from the oven either place a bowl over top of the bell Peppers, or wrap them in Aluminum foil. This will allow the steam to penetrate into the Peppers and provide easy peeling. After about 15-20 minutes they should be cooled down enough to easily peel. Remove all the skin. You are left with beautifully roasted red bell Peppers that can be added to many dishes. Store Peppers in a sealed-jar in the fridge for 3-4 days or freeze for 3-4 months (they defrost well!)

After trying some of my recipes, I really hope that when asked “What is your favourite fruit?” – Bell Peppers may be one of the first fruits that come to your mind!

Grown Under Glass © All Rights Reserved.